All matter erodes and fades away over time, leaving just our memory and image of it. Often the true meaning and importance of something only begins to dawn on us when it is fading, decayed or lost to us forever.

In the process of papermaking, I strive to depict the true nature of matter and life  which exist now or past too.

The series, Genius Loci, Pupa, Tree, Rhizome, Antiquities, express some aspect of life with the passing of time. In the Pupa series, it is suspended a life from the activity, but it internally contains both past and future. A relation between physical matter and its spiritual existence is shown in the Genius Loci series. The orderly, logical world of plant fibers is depicted in the Tree series, contrasting with the more chaotic, underground network of the Rhizome series such as post-Modern society. The Protoplasm and the Black Flower series are two groups of drawings, created in the papermaking process, depicting the site of life’s origin.

In 2000 I developed a series called Antiquities. In it, I sought to portray twenty important figures from the 20th century, giving them a weathered appearance. By doing this, I hope that their “excavation” would paradoxically rekindle memories of life from the suggestion of death. With the current speed at which information is conveyed, I fear that these and other important figures and objects will fade from our memories if we do not find a way to excavate them.

Following the terrorist attack of 9.11, I began to think seriously about the meaning of “border”－between Muslim and non-Muslim, between self and others, between parent and child, between friends, and between lovers.
​
In the tea room I designed, I show the border between inside and outside, between Hagi where I was born and raised, and Tokyo where I had lived for 30 years. I brought soil from Tokyo to place inside the tea room, which is connected by a passageway, or “border” to Hagi on the outside, thereby altering the awareness of “inside” and “outside”.

In my work, my aim is not to reproduce physically what has been lost, but to restore the hidden memory and meaning of it.
Matter and Memory

In the early 1990’s, I acquired a strange eye disease called Homonymous Hemianopsia, the cause of which is unknown. Fortunately, it healed without medical intervention in three months time. This illness gave me a glimpse into the world of the unconscious which I had never before experienced. I think what I saw was half reality and half hallucination.

The disease causes blindness in the left part of each eye and, briefly described, is an organic injury or a dysfunction of the eye. In other words, I experienced a disorder in the visual pathways that optic nerves use to correspond to the occipital lobe in a crossing way; for example, the left half of the eye working together with the right half of the brain and vice versa. I had imagined that the state of being sightless would mean living in darkness but on the contrary, the world I saw was full of light. It seemed as if there was a parching white afterimage which a brilliant light had imprinted on my world. I knew at once that it was sunlight. The eyes of a prehistoric living creature, crawling ashore after one hundred million years of twisting and turning in the sea, must have been affected in the same way. We usually think we are in control of our eyes, but it seems that our eyes and flesh structurally belong to a dimension far from our experiential time, and preserve a variety of information which has been transmitted through space and time. I think that part of this information may return as a memory from the unconscious world at certain moments. This response could be considered as occurring in the circulatory system, following the theory of evolution, rather than just in the limited expanse of our eyes themselves.

Assuming that creation gives form to something invisible, a work of art can be viewed in the same way as an eye, which memorizes perceptions in life. A work is never a symbol of immortality, but a representation of the relationship between matter and life in which birth, life, and death circulate through ever-changing environments and time periods. 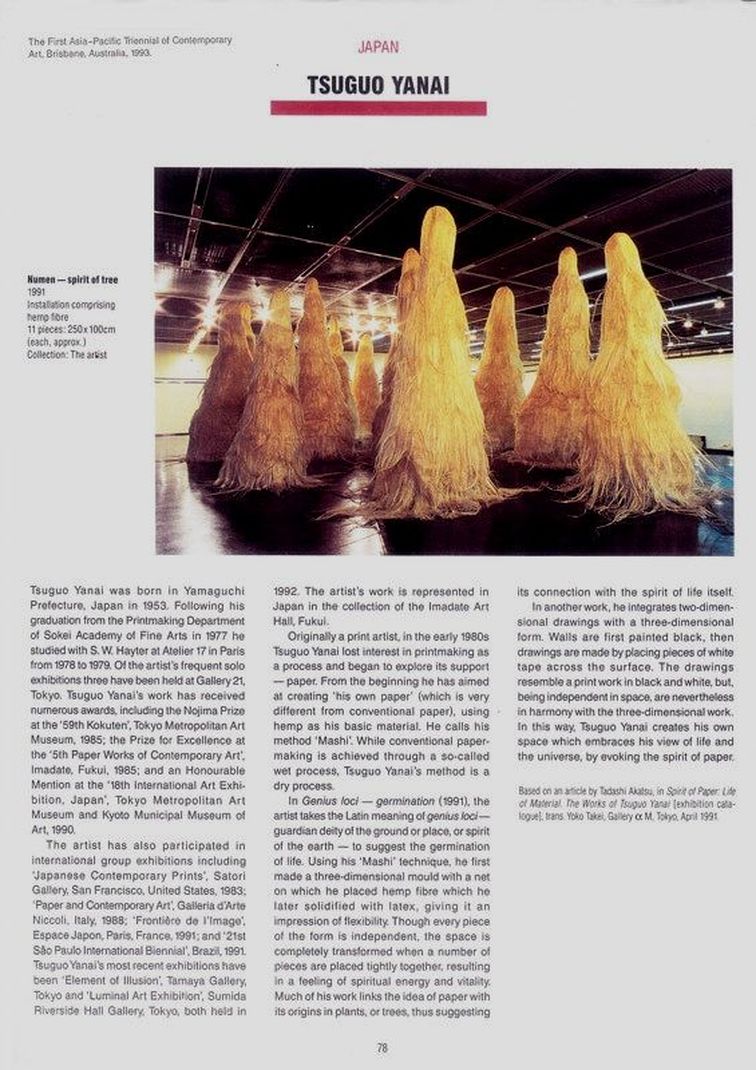 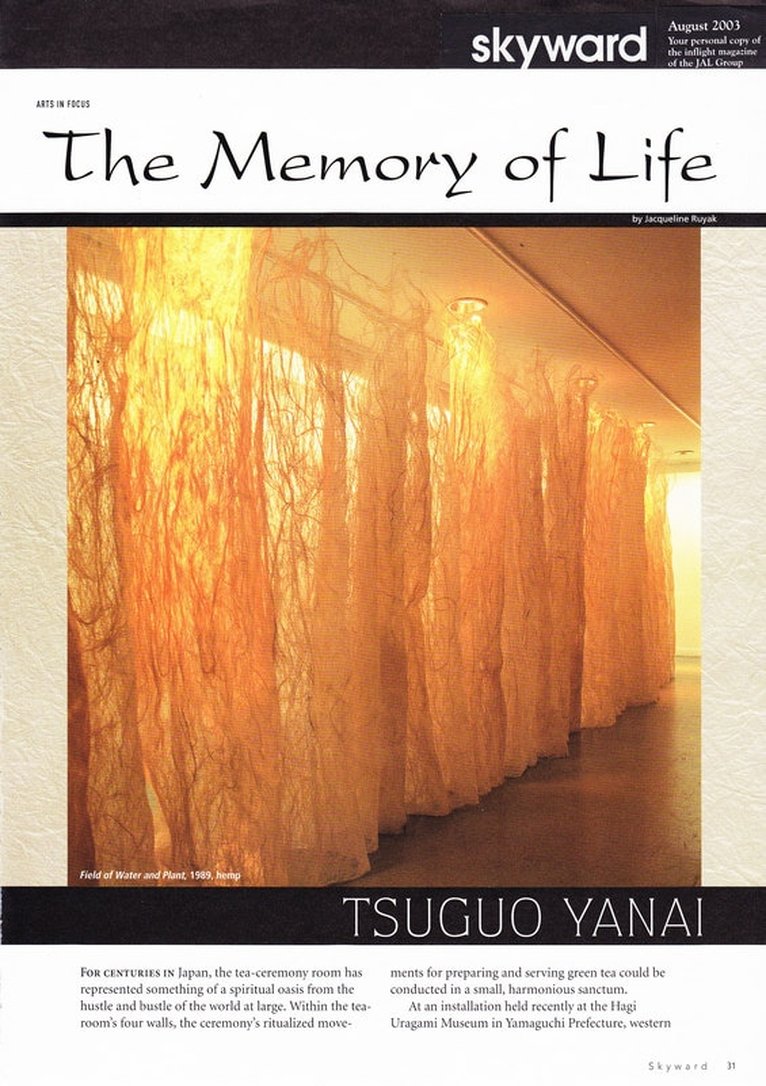 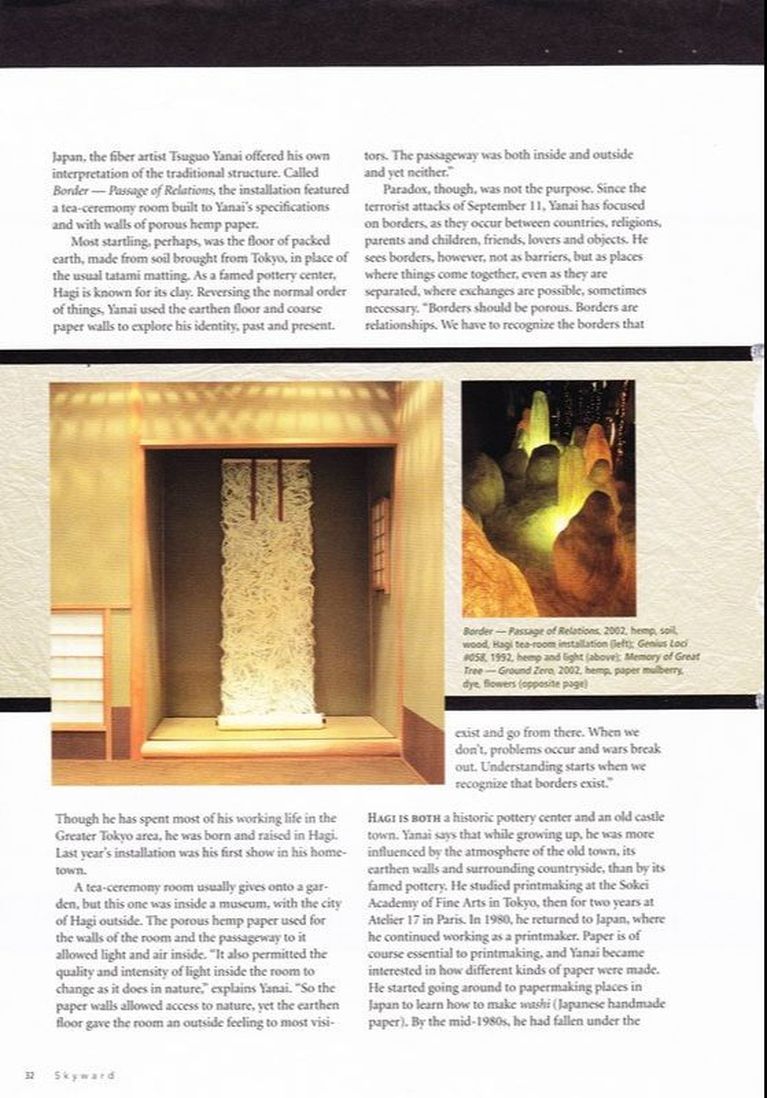 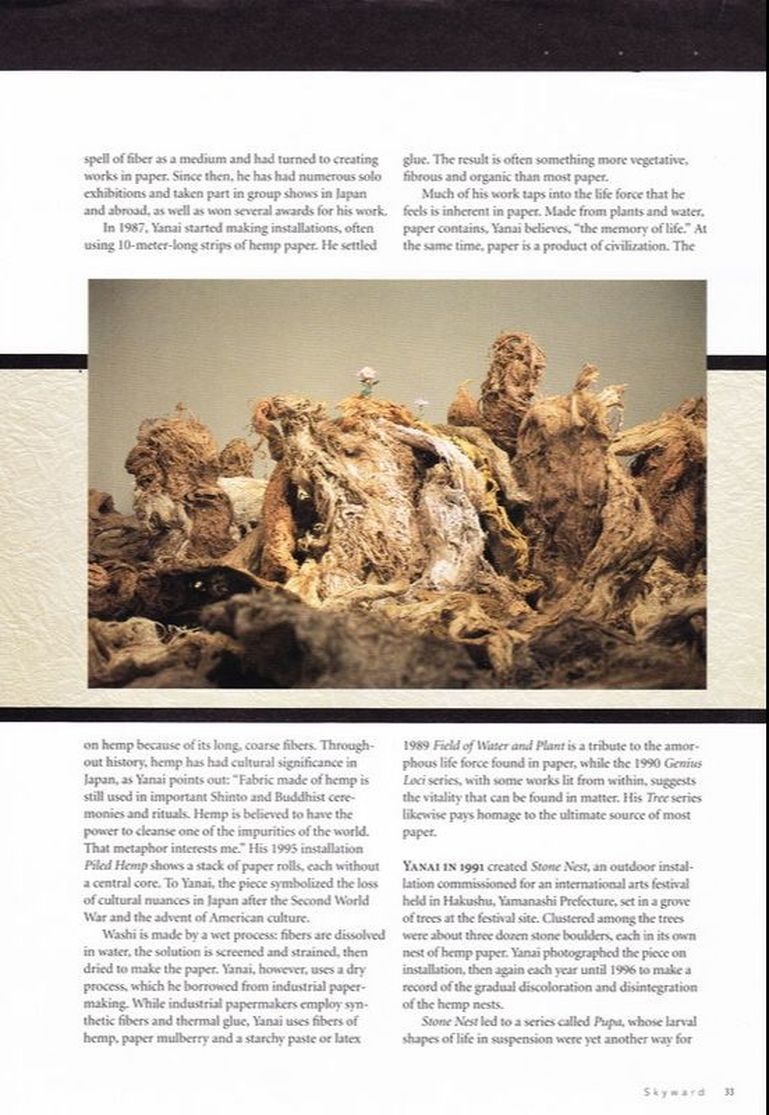 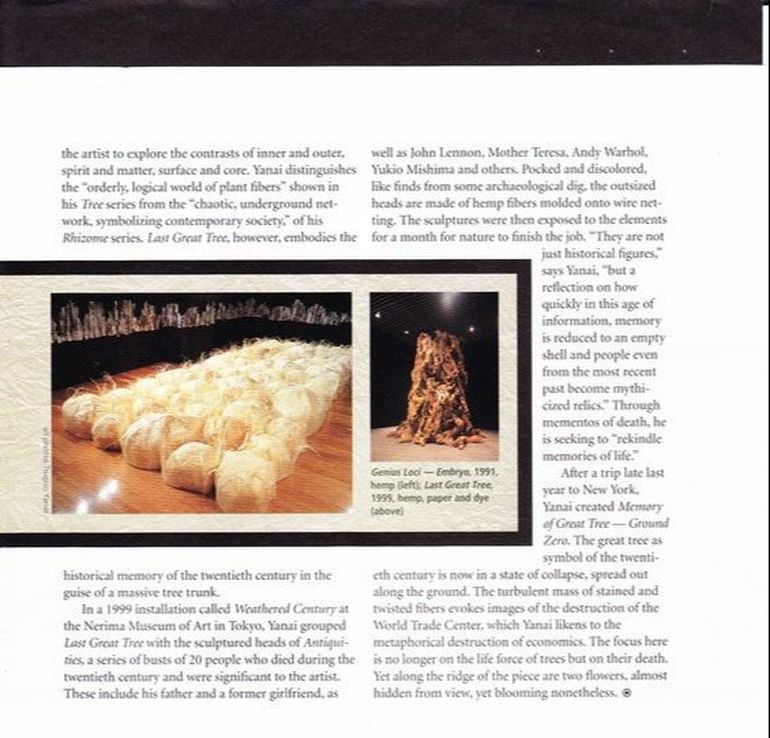 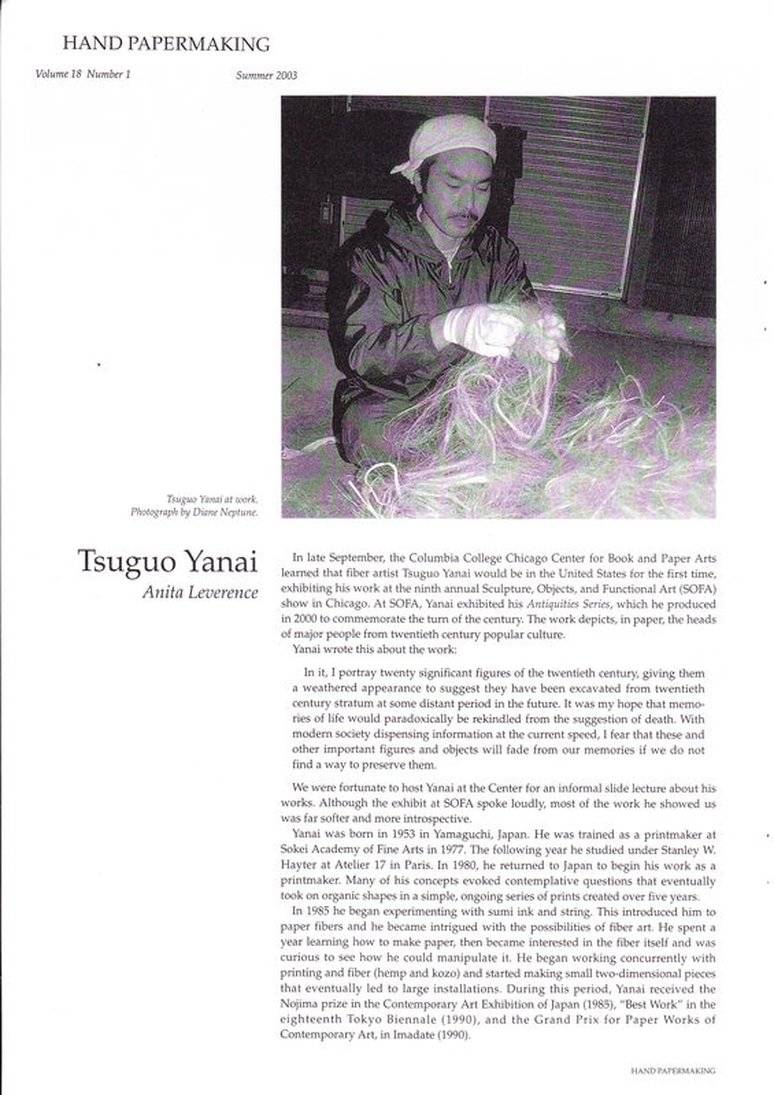 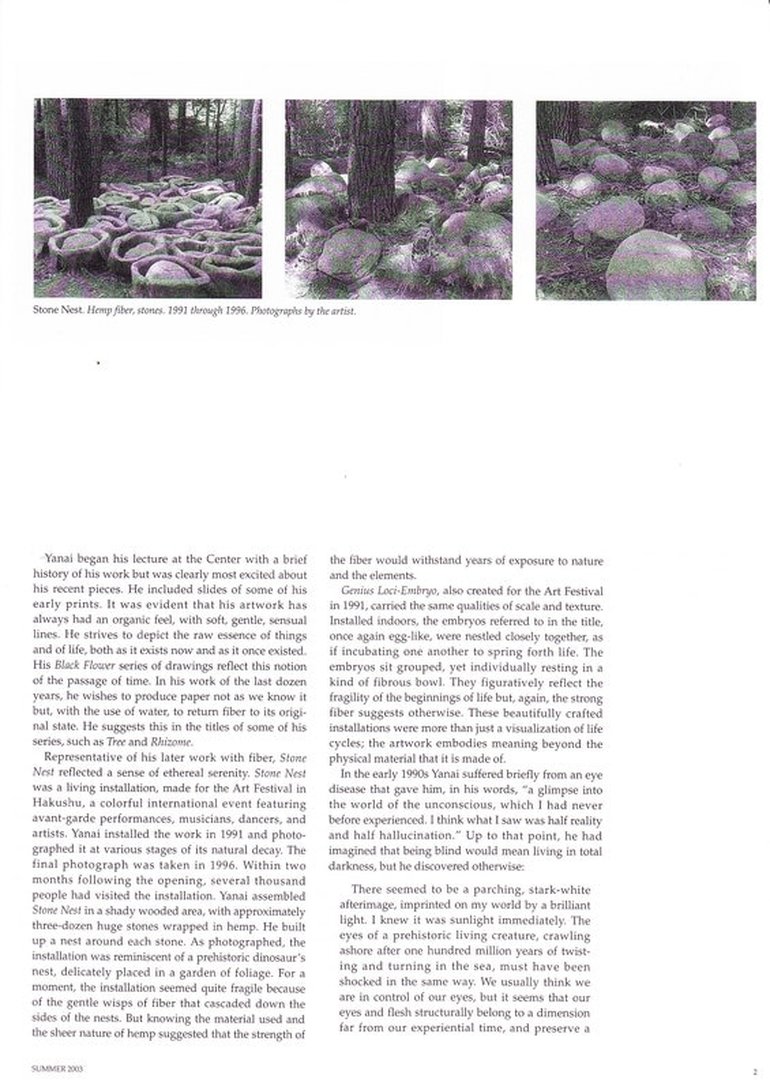 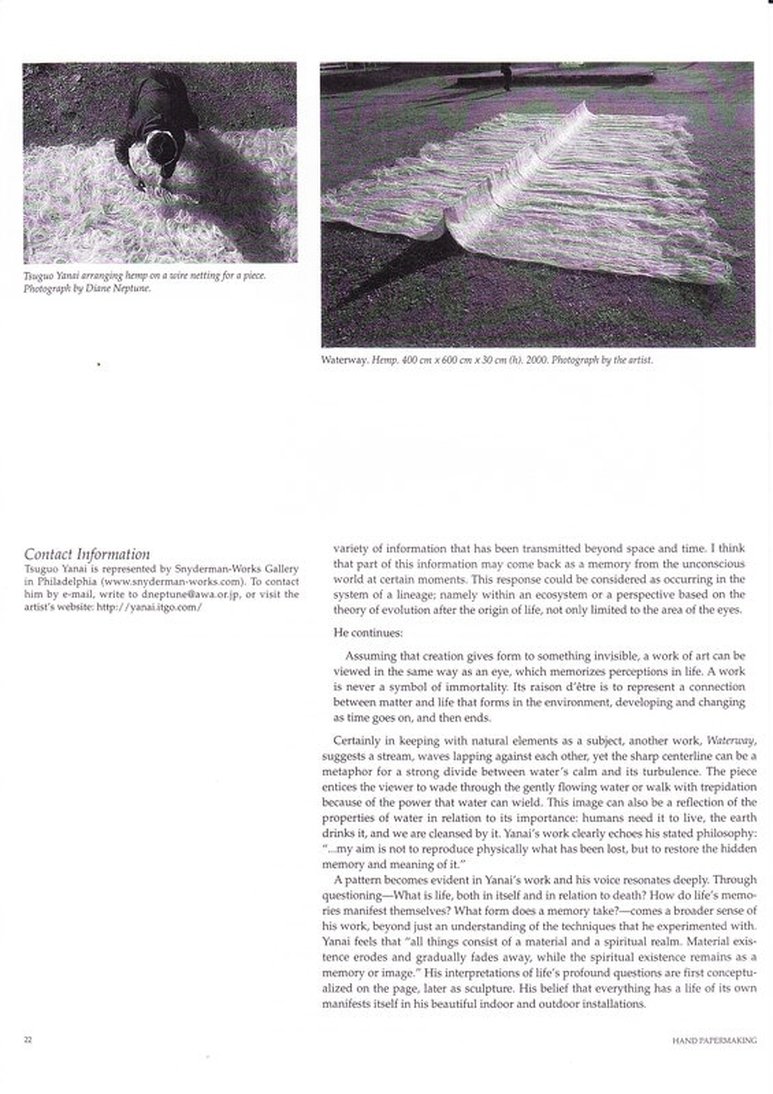 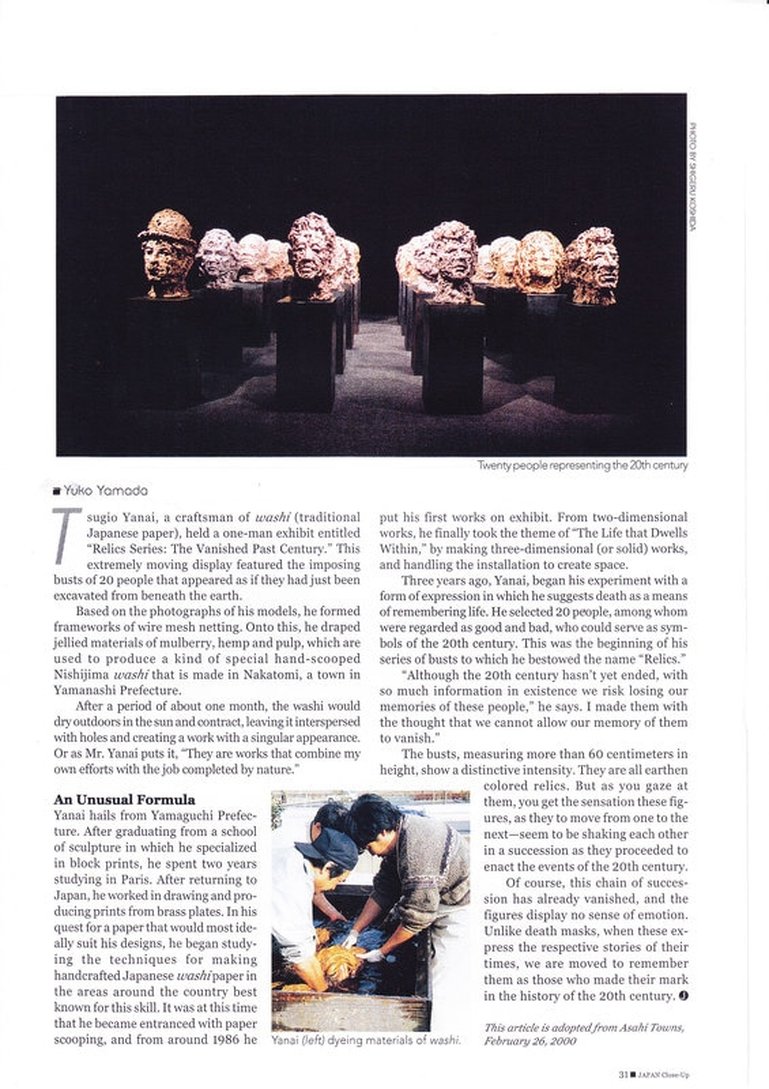 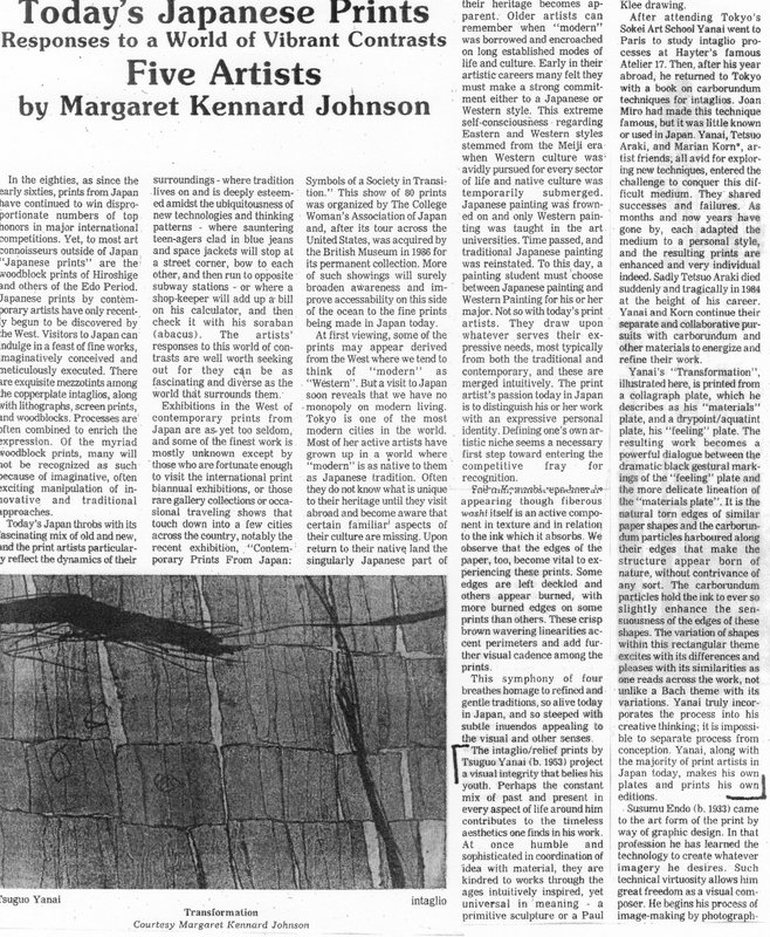